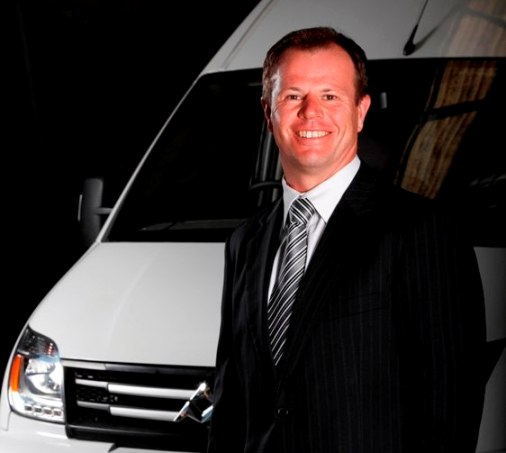 Â WMC Group, the sole Australian distributor of Higer Bus, JAC Trucks and LDV Vans has announced the appointment of Neil Bamford as CEO of the organisation, effective 1st January 2013.

Neil Bamford will take over the management reigns of WMC Group from Jason Pecotic, who remains a director and shareholder of the company and will continue to work within the WMC Group.Â

According to Jason Pecotic, Neil Bamford brings more than 25 years experience in project management, finance, corporate strategy and governance to the role of CEO of WMC Group, and his experience will be vital in steering the company through its next major growth phase.

“WMC Group has grown rapidly over the past five years and the board felt it was vital to bring someone with Neil’s management expertise and knowledge into the business to ensure the company is well positioned for the future,” said Jason Pecotic.

“Neil’s extensive knowledge of management and finance in particular will be invaluable as WMC Group continues its expansion and growth trajectory,” he added.

In a career spanning more than a quarter of a century Neil Bamford has worked with leading finance and investment organisations including Allco Finance, Societe Generale, Babcock and Brown and AMP. He has also worked with resource giant BHP and spent four years with major consulting group, Price Waterhouse Coopers.

He brings extensive experience in people management, especially team leadership, along with a trusted and respected reputation with clients and colleagues. This along with strong communication skills and the ability to develop collaborative relationships at all levels makes Neil Bamford the perfect fit as the CEO at WMC Group.

“Taking the helm of WMC at this point in its development is an exciting opportunity with the ability to put into place new structures and policies to continue its growth,” said Neil Bamford.

“Jason Pecotic and his team have done a great job in taking WMC Group from a start-up position to where it is now, Australia’s leading importer of non-route buses, a strong presence in the light duty truck market and soon to be a key player in the commercial van market.

“It is a remarkable effort considering it has been a little over five years since WMC’s inception and I look forward to continuing the work Jason has begun,” he said.

“Our first major challenge is the launch and introduction of the LDV range of commercial vans and people movers to the Australian market in late January,” he added.

WMC Group is based in Sydney at its corporate head office and distribution centre in the south western suburb of Milperra which has served both its JAC and Higer operations since 2010 and has been adding additional staff while building its truck , bus and commercial vehicle dealer networks around the country.

JAC or Jianghuai Automobile Co., Ltd used WMC Group to launch its range of light duty trucks into the Australian market in 2012 establishing a brand that is quickly finding a niche in the competitive market down under.

JAC has been the leading exporter of light duty trucks in China for the past eight years, shipping its vehicles to more than 100 countries throughout Europe, Asia, the Americas and the Middle East.

LDV vans and people movers will arrive in Australia from late January and are set to give the fiercely contested van market a shake up with European design, styling and engineering at a highly competitive price.