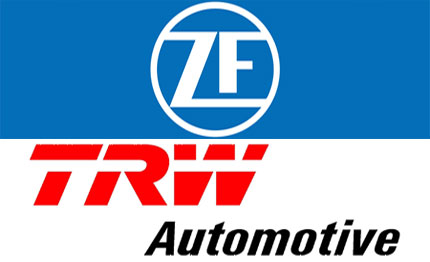 “The approval is a milestone in the acquisition process of TRW,” said Stefan Sommer, CEO of ZF. “We are very glad that the TRW shareholders have supported our plans with such a clear majority. This adds to the positive feedback we have received from customers and employees of both companies.”

John Plant, chairman and CEO of TRW, said, “We are pleased that the TRW shareholders have approved the transaction, which provides significant benefits for our shareholder who will receive full and certain value for their shares, as well as for our employees, customers and communities, all of which will reap the benefits of being part of a larger, more diversified organization that is well positioned to serve the automotive industry.”

Under the terms of the merger agreement, ZF will acquire TRW in an all-cash transaction valued at approximately $12.4 billion based on equity value. TRW shareholders will receive $105.60 in cash for each share of TRW stock.

On November 14, 2014, ZF and TRW received notice from the Committee on Foreign Investment in the United States (CFIUS) that CFIUS had concluded its review of the transaction and determined that there are no unresolved national security concerns with respect to the proposed acquisition by ZF of TRW. The transaction remains subject to further customary closing conditions, including antitrust clearances.

ZF and TRW continue to expect the transaction to be complete in the first half of calendar year 2015.