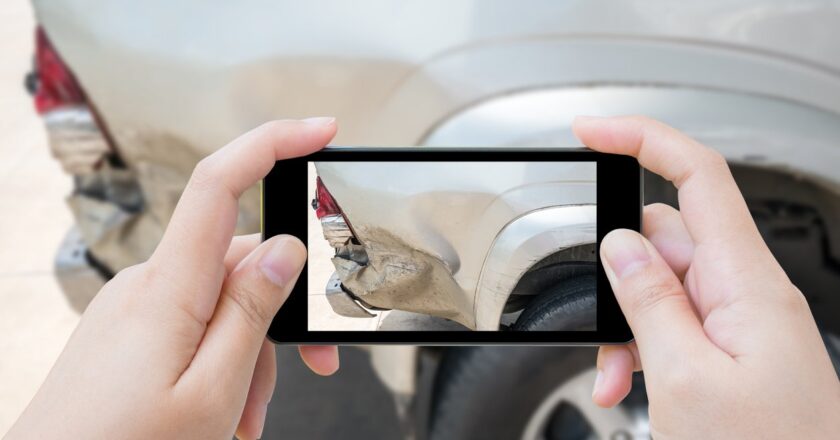 Suncorp has released its Customer Vehicle Image Capture (CVIC) technology, allowing its customers to upload images of their damaged vehicle through a secure link using their smartphone.

Submitted images are immediately accessible by the allocated repairer who can view the damage, plan out the repair process and, in some cases, pre-order required parts prior to the vehicle arriving on-site, leading to increased efficiencies and faster repair times.

“Suncorp continues to embrace technology and has recently fast-tracked a number of digital solutions to ensure insurance claims continue to be resolved quickly, and CVIC is just the latest,” said Anna Cartwright, Head of Motor Claims, Suncorp. “We’re incredibly excited about the initiative and hope to continue exceeding our customers’ expectations through an improved repair experience into the future.” Suncorp Group has recruited 55 new members to its apprentice scholarship programme, established to support training in the motor industry and provide young Australians with qualifications and career opportunities.

Recruits were given notice of their acceptance in February and have already begun training in Suncorp’s various Network Panel Repairers throughout the country. The scholarship programme has been running for over 10 years and currently supports over 100 apprentices across Australia. More than 600 apprentices have passed through the programme since it began.

As part of the programme, Suncorp provides subsidies to repairers to the value of $12,000 for a four-year apprenticeship, to help with the costs of employing and training the apprentices. Additionally, for every year of successfully completed studies, Suncorp provides apprentices with $1000 to assist with tools, equipment, and study-related purchases.

“The Suncorp Group needs quality repairers to ensure we are providing the best service to our customers,” said Brett Wallace, Executive Manager Assessing and Repair Performance, Suncorp. “Our apprenticeship programme is one way we ensure quality repairers are coming up through the ranks and contributing to the future of the motor repair industry. It is a true reflection of our repairers’ commitment to supporting a sustainable industry.”

Suncorp says apprentices receive most of their training in the workshop where they specialise in either panel beating or spray painting, along with attending local TAFEs to support their on-the-job training with theoretical knowledge. Once completed, apprentices graduate from the programme with either a Certificate III in Automotive Body Repair Technology or a Certificate III in Automotive Refinishing Technology, and are eligible to work as fully qualified panel repairers or spray painters. Suncorp has invested $1.5 million in peer-to-peer car rental company Car Next Door, and will have a board observer seat as part of a $10 million funding round in order to better understand changing vehicle use.

“We know the traditional way Australians own and use cars is evolving and this partnership will allow us to learn and better service our customer needs,” said Gary Dransfield, Chief Executive Officer Insurance at Suncorp.

Car Next Door started in 2013 with 20 cars and 60 borrowers, allowing vehicle owners to earn money by renting them out. Since then, more than 3000 cars have been shared through the platform.

Suncorp says the partnership will include the development of innovative insurance products and joint promotional activity.

“We can support Car Next Door’s members with insurance, and we can also introduce our customers to a new way to safely and easily rent out their cars in their own neighbourhoods,” said Dransfield.

Steve Johnston, CEO of Suncorp Group, said that embedding digital and data in product design and distribution remains a key area of focus.

“This has most recently been demonstrated as we internally pilot Bingle Go, a market-first insurance product designed specifically for customers who rely on more than their car for their everyday commute,” said Johnston.

Johnston also said that the reinsurance team was continuing to review options ahead of a number of multi-year programs expiring at the end of June.

“Based on discussions with the reinsurers we remain confident there will be strong demand for Suncorp’s program,” said Johnston. Suncorp Banking and Wealth CEO David Carter has resigned from his post at Suncorp to become Group CEO at RACQ.

Carter will leave the company in early 2020 after 14 years at Suncorp and over three years in the CEO role. Carter joined the company in 2006 as Executive General Manager for advice solutions and, since then, has held a number of leadership roles, both in Australia and New Zealand.

“[David] has been a great contributor to the leadership team, and on behalf of everyone at Suncorp, we wish him well in his new role,” said Steve Johnston, CEO of Suncorp Group. “We are now well placed to continue to build on this success and leverage the investments we have made.”

The bank has implemented some customer initiatives under Carter’s leadership including Apple and Google Pay, the staged rollout of the New Payments Platform, and building the foundations for Suncorp’s digital banking strategy.

Suncorp said it has begun a robust recruitment process and was considering candidates from Australia and overseas to find Carter’s replacement.

“It is an exciting time for Mr Carter to take on this role leading Queensland’s largest club when the organisation has never been stronger and where it now has almost 1.8 million Queensland members in more than 70 per cent of the state’s homes.” said Bronwyn Morris, RACQ President and Chair.

“RACQ’s status as one of Australia’s most trusted brands and the diversity of its business lines makes it a truly unique organisation,” said Carter. “I look forward to leading Queensland’s largest club and market-leading financial services companies.” 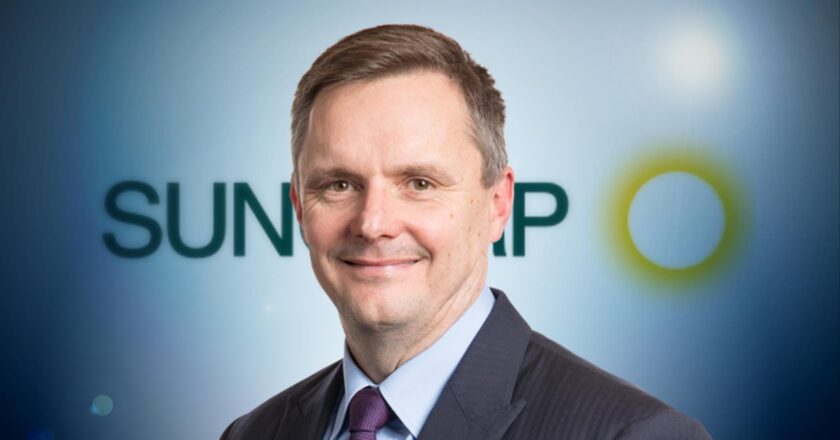 Suncorp has announced the signing of a binding agreement to sell 90 per cent of its interest in Capital S.M.A.R.T to collision repair company AMA Group for $420 million.

Suncorp will retain a 10 per cent interest in the business and a seat on the subsidiary board.

Group CEO, Steve Johnston, said the transaction was in the best interests of customers, shareholders and the business.

“The increasing complexity of repairs is driving significant change in the smash repair and parts procurement industry, and the divestment means Suncorp can focus on its core Insurance and Banking operations,” said Johnston. “Importantly, the agreement maintains Suncorp’s competitive advantage and we look forward to working closely with AMA as an ongoing partner.”

The transactions are expected to complete by 31 October 2019. According to a story in the Australian Financial Review’s Street Talk column, banking and insurance company Suncorp was expected to today collect bids for Capital SMART and ACM Parts.

The AFR says that neither sale is likely to be material to Suncorp’s balance sheet or profit & loss statement, but is important as part of its simplification strategy.

At Capital SMART, Suncorp has several private equity funds and offshore trade types seeking to buy the business, which is being offered with a long-term supply arrangement with Suncorp’s insurance arm, while ACM Parts is tied to Capital SMART. The newspaper says ACM Parts is considered to be one of the largest alternative parts suppliers in Australia and the largest recycler of collision and mechanical parts, with its customers including Capital SMART and the Gemini/AMA Group. 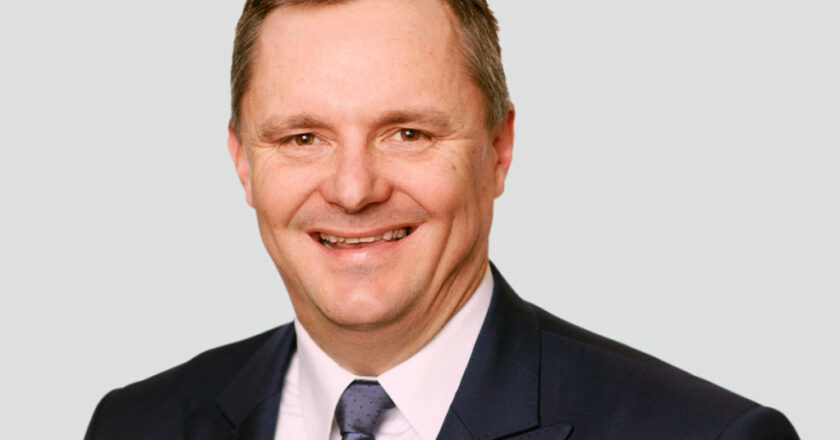 Suncorp has appointed acting CEO Steve Johnston as the new permanent head of the company.

Announcing an 83.5 per cent fall in full-year profit last month, Johnston admitted his predecessor’s so-called ‘marketplace strategy’ had confused customers and halted its rollout to refocus on banking and insurance.

Deputy Chief Financial Officer Jeremy Robson, who has been acting CFO since May, will continue in the role while Suncorp considers internal and external candidates. 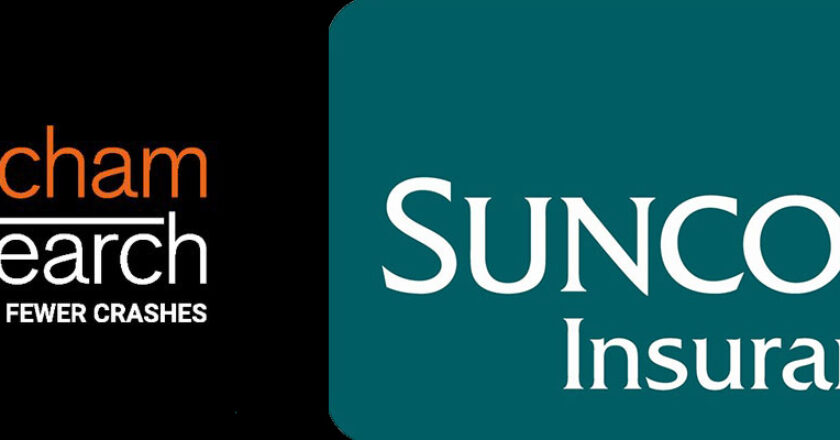 Thatcham Research has announced the renewal of its contract with Suncorp, extending the successful collaboration that has seen Suncorp distribute Thatcham Research repair data in Australia and New Zealand since 2013.

“We are delighted to welcome Suncorp as our first ever Global Associate member, building on the successful partnership we have enjoyed over the last five years,” said Neale Phillips, Global Product Director, Thatcham Research. “We are committed to supporting its needs and those of its repair network – starting with an upgrade to escribe which will shortly see the inclusion of vehicle manufacturer methods, to further increase vehicle coverage.”

“Thatcham repair data helps to ensure that our customer’s vehicles are repaired in the most safe and efficient manner, so the decision to extend and strengthen our relationship with such a respected industry body was an easy one and aligns 100 per cent with Suncorp’s overarching repair strategy,” said Brett Wallace, EM Assessing & Repair Performance, Suncorp. Some of Australia’s leading general insurers have rejected allegations of misconduct following examination of their behaviour during the Hayne royal commission’s sixth round of hearings.

Suncorp-owned AAI, which offers insurance under several brands including AAMI, denied the suggestion it had sold misleading policies, while Allianz rejected the commission’s findings of poor culture affecting compliance.

Insurance Australia Group accepted it engaged in conduct that fell below community standards but rejected counsel assisting’s findings that its behaviour constituted misconduct.

Youi also rejected claims made against it, saying counsel assisting Rowena Orr QC failed to prove the case studies were attributable to its particular cultural and governance practices. The company said council assisting sought to portray Youi in the worst possible light and urged the commissioner to reject the findings.

The Australian Securities and Investments Commission, under fire for failing to take appropriate action against insurers over issues raised during the hearings, said politicians are to blame.

“The insurance sector has been exempted from a range of laws which have seen ASIC’s ability to review the sector severely limited,” ASIC senior executive and former long-time head of the regulator’s insurance team, Greg Kirk, told the Australian Financial Review.” General insurers have come under fire during the Hayne Royal Commission, which finished its examinations last Friday.

The commission heard insurers Allianz and IAG may have engaged in misconduct, while the Insurance Council of Australia (ICA) was criticised for failing to act against members that breached the insurance code of practice.

In relation to Allianz, Counsel Assisting Rowena Orr said the commission is open to find the company engaged in misconduct via misleading statements published on its website. The failure to report that misleading and deceptive conduct to ASIC and to have a compliance system in place could also amount to misconduct.

Swann Insurance also came under fire when Counsel Assisting Mark Costello suggested the commission could find the company engaged in misconduct by giving incentives to authorised representatives (ARs) to sell as many add-on policies as possible with no regard to the suitability of those products. Costello also told the commission that parent company IAG failed to properly oversee Swann.

Regarding the ICA, Orr told the commission the council had not applied any sanctions despite the code governance committee determining there were 33 breaches and around 31,000 incidents of self-reporting since July 2014.

A report containing questions arising will be published on Friday 28 September, with the parties involved able to respond by October 1.

24 September 2018, 1:00 am28 September 2018
This website uses cookies to personalise content and advertisements, as well as to analyse traffic. Information about your use of this website may be shared with our advertising and analytics partners who may combine it with other information that you've provided to them or that they've collected from your use of their services. You consent to this if you continue to use this website.OK