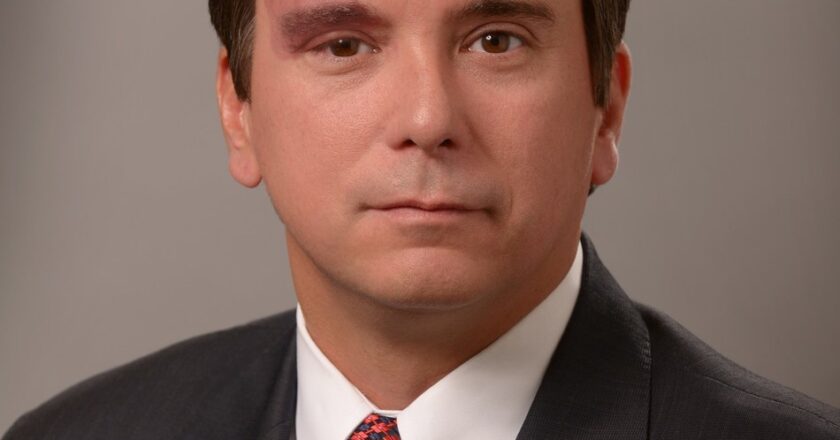 “We are thrilled to promote Troy to head up our Global Refinish business and add him to Axalta’s leadership team,” said Bryant. “Troy’s experience, in virtually every aspect of our Refinish business during the past 27 years, positions him extraordinarily well to be the next leader of this cornerstone business. His deep institutional knowledge of our Refinish business and the industry, his long-standing relationships with customers ranging from multi-shop operators to independent body shop owners, and his strong business acumen and sales and marketing expertise, make him a perfect fit for this leadership role.”

“Our Refinish business will continue to be an industry innovation leader,” continued Bryant. “We are committed to consistently delivering the exceptional products and services that our customers want. Troy has played a critical role in developing the plan that has driven our strong track record of growth and success.  We are confident that his vision for the future will help us grow our Refinish business and industry-leading position.”

“We are proud to have another internal promotion on our leadership team,” concluded Bryant. “We believe the expertise, understanding, and continuity that our next generation of leaders, like Troy, brings new thinking and enhances our culture. Troy will be a great addition to our leadership team, and we expect that he will continue to differentiate our Refinish business through innovation, while he and his team deliver value to customers every day.”

Prior to his promotion, Weaver was Axalta’s Vice President, North America Refinish where he was responsible for Axalta’s Refinish business in the USA and Canada.  He began his career at DuPont Performance Coatings in 1992, and has held various sales and marketing leadership roles. He is also a two-time recipient of DuPont’s Prestigious Marketing Excellence Award, first in 2007 and again in 2010. Weaver is active in the industry and has served as Chairman of the Board of the CIECA (Collision Industry Electronic Commerce Association). Porsche has added Cromax to its list of approved car paint repair brands, making all three of Axalta’s premium global refinish brands – Cromax, Spies Hecker and Standox – authorised for use by Porsche dealerships and body shops worldwide. Axalta has held technical approval with Porsche for more than 20 years with Spies Hecker and Standox.

The rolling approval ensures that Porsche cars are repaired with the highest quality products using the most modern technologies.

“We are delighted to be continuing our successful partnership with Porsche AG with the inclusion of Cromax in the Porsche AG Paint Manual,” said Jürgen Knorr, Director Key Accounts for Axalta’s Refinish Systems in Europe, Middle East and Africa. “The highly productive and value-added paint systems offered by Cromax are a perfect fit for Porsche approved body shops and dealerships to enable repairs that maintain the value of a vehicle and to ensure strict warranty requirements are met.” A new report on the global automotive refinish coatings market has found that the sector is highly consolidated, with five companies holding 65 per cent market share in recent years.

The report also finds that with stringent rules and regulation pertaining to VOC emissions, particularly in Europe and North America, the consumption of solvent-based coatings has seen a massive reduction.

The global automotive refinish coatings market is currently segregated into clear coat, primer, base coat, filler, activator, and others. Of these, base coat holds the top position in the market and is also expected to hold a 31 per cent share of the global market by the end of the assessed period. On the other hand, the activators segment is predicted to display high growth during the same period, ensuing in a minimal rise in its share by 2024 with North America anticipated to hold the dominating position in the market.

TMR analysts say the ongoing trend has forced many manufacturers to concentrate more on development of effective waterborne varieties of automotive refinish coatings, a trend that is likely to have a significant impact on the market’s dynamics in future. It is expected that the global automotive refinish coatings market is likely to display a 5.7 per cent compound annual growth rate (CAGR) during the forecast period 2016-2024. The market, which was valued at US$6.6 billion in 2015, is likely to touch US$10.8 billion by the end of the assessed period.

According to the researchers, developing countries across the world are likely to witness a surge in their automotive market over the years. Countries such as China, South Africa, India, and Brazil are expected to remain at the forefront of this surge, due to rising populations and increases in disposable income. The rise in these developing countries is likely to, in turn, act as catalysts in the growth of the automotive refinish coatings market.

Another finding of the report is the numerous strict rules and regulations regarding emissions and how these have been levied for declining usage of certain elements and chemicals in automotive refinish coatings. This has seen the sales of solvent-based products dwindle, including higher levels of organic compounds in comparison to water-based products. Several efforts made by government and environment sustenance bodies are likely to increase knowledge amongst consumers, and this has seen a steep decline of sales in solvent-based coatings in recent years.

5 October 2018, 4:15 am5 October 2018
This website uses cookies to personalise content and advertisements, as well as to analyse traffic. Information about your use of this website may be shared with our advertising and analytics partners who may combine it with other information that you've provided to them or that they've collected from your use of their services. You consent to this if you continue to use this website.OK