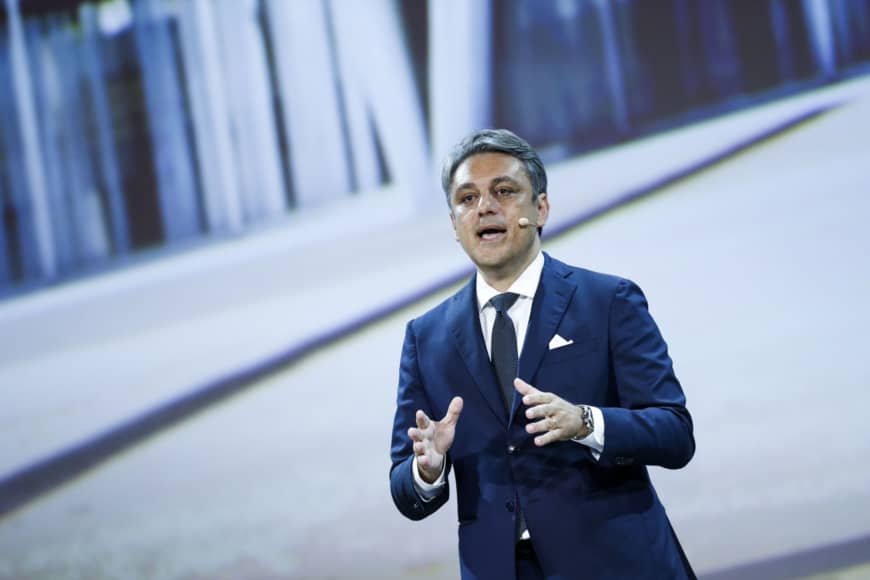 Renault may name a new CEO ahead of an important meeting in Japan this week to display that the deeply troubled alliance with Nissan and Mitsubishi Motors is moving past the Carlos Ghosn scandal, according to Bloomberg and Reuters.

The Renault board has approved Luca de Meo to become its new CEO, according to Le Parisien, but the newspaper did not say where it got the information and a spokesman for Renault declined to comment on the matter.

De Meo rose through the ranks at Volkswagen, ran its Spanish brand, SEAT, and has been considered to be the front-runner for months. The executive, who recently stepped down as chairman of SEAT, is “probably in talks with Renault,” said Volkswagen CEO Herbert Diess. Renault Chairman Jean-Dominique Senard has said an announcement could come within days, without confirming a name.

A year after Senard replaced Ghosn, who was arrested in 2018 in Tokyo on charges of financial misconduct, the Renault chairman is trying to draw a line under turmoil that nearly broke the alliance. Senard has said a series of measures will be unveiled at an alliance meeting at the end of the month to deepen operational ties between the manufacturers.

The board of the alliance will decide on new, common projects at a meeting this month, and the partnership is moving toward greater convergence of platforms and technology in the face of the massive investment needed to develop new cars, Senard said earlier this month.

Analysts say that in order to turn investor sentiment around, the firms need to achieve cost-saving joint engineering projects that have slowed since Ghosn’s departure.

“The alliance has taken a hit, but the alliance engineering team is still there,” said a source close to the alliance. “You cannot, from one day to the next, stop something that’s been embedded so deeply.”

Senard has said both sides are determined to make the partnership succeed, with the joint projects a major focus. One area of focus will be hybrid power systems, a field where the alliance has not effectively pooled its research and development efforts according to analysts. Each of the three members of the alliance has developed their own systems.

“That’s been among the sources of the friction,” said the source close to the alliance. “But now the three systems are there, we’ll need to use them in the most efficient way possible.”

Renault owns 43 per cent of Nissan, with full voting rights, while Nissan holds a 15 per cent stake in Renault and lacks the ability to vote. Ghosn denied the Japanese charges and, at the end of last year, fled to Lebanon where he has mounted a media campaign to clear his name and criticise Renault and Nissan.