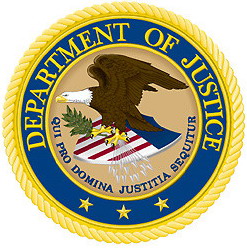 ??The US Justice Dept said an executive of Tokyo-based Yazaki Corporation has agreed to plead guilty for his role in a conspiracy to fix prices of instrument panel clusters installed in cars sold in the United States and elsewhere. He is the 11th executive to be charged in the government’s ongoing investigation into price fixing and bid rigging in the auto parts industry.

Toshio Sudo, a Japanese national, was charged with engaging in a conspiracy to rig bids for, and to fix, stabilize and maintain the prices of instrument panel clusters sold to customers in the United States and elsewhere. According to the charge, Sudo’s involvement in the conspiracy lasted from at least as early as January 2003 until at least February 2009.
According to the plea agreement, which is subject to court approval, Sudo has agreed to serve 14 months in a US prison, to pay a $20,000 criminal fine and to cooperate with the department’s investigation.
Including Sudo, seven companies and 11 executives have been charged in the department’s ongoing investigation into price fixing and bid rigging in the auto parts industry. Furukawa Electric Co. Ltd, DENSO Corp., Yazaki Corp., G.S. Electech Inc., Fujikura Ltd. and Autoliv Inc. pleaded guilty and were sentenced to pay a total of more than $785 million in criminal fines. TRW Deutschland Holding GmbH has agreed to plead guilty. Additionally, seven of the individuals have been sentenced to pay criminal fines and to serve jail sentences ranging from a year and a day to two years each.