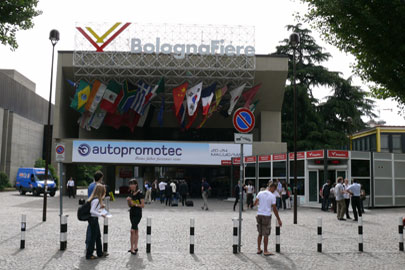 Autopromotec has stamped its mark in Europe as one of the most specialised international exhibition of automotive equipment and aftermarket products. Autopromotec is a unique biennial show in Italy that deals with automotive equipment, accessories, services and products, automotive technologies and solutions, parts and tools, heavy and light machineries and all automotive devices and components. Over the years, the event has emerged to be a great platform that has given birth to several business connections and networking opportunities. The last Autopromotec (2013) was characterised by more than 1500 exhibitors of which nearly 600 came from 52 different foreign countries; a large covered area of more than 135,000 square metres supplemented by an outdoors area of 20,000 square metres and a high visitor turnout of more than 102,000 with nearly 20,000 internationals.

On the collision side, there was a large number of spray booth manufacturers exhibiting (CMC, Polini, Nova Verta, USI Italia, Saima, etc.) and straightening bench equipment (Car-O-Liner, Globaljig, Celette, Blackhawk, etc.). Pro Spot International had a team from their USA headquarters on hand to lend support to the European side, while paint companies were thin on the ground represented by Akzo Nobel, Mipa and Kapci Coatings. Three spray gun manufacturers were on hand, SATA, Walcom and Anest Iwata and a multitude of other suppliers such as Festool, sia Abrasives, Norton and more.

Autopromotec takes place at Bolognaâ€™s exhibition centre from May 20 to 24, 2015.