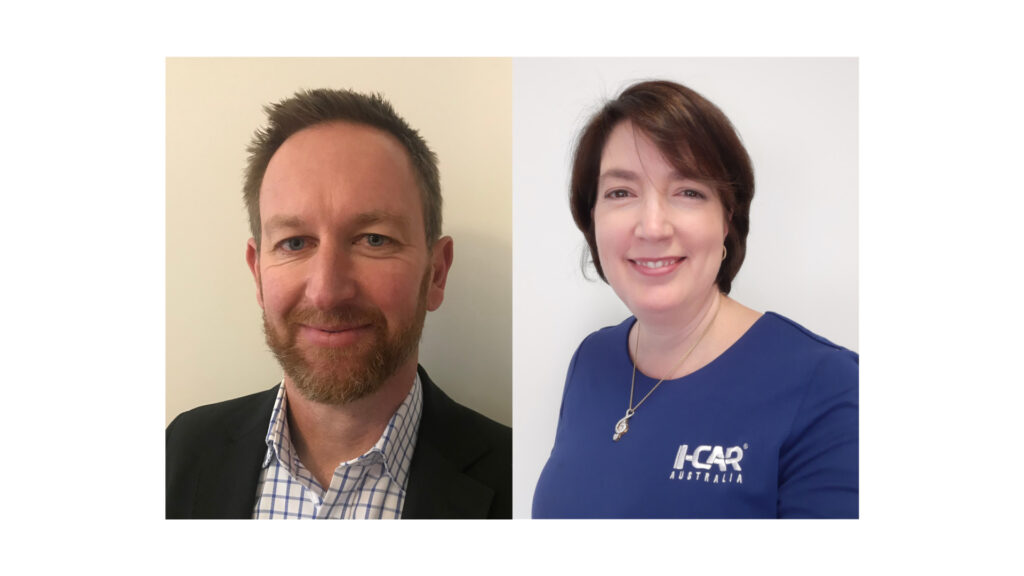 I-CAR Australia’s Board of Directors has announced the appointment of Jason Trewin as Chief Operating Officer and Vanessa Harrison as General Manager. The appointments follow I-CAR’s transition to a company structure while maintaining its non-profit status as a registered charity.

I-CAR said Trewin and Harrison have played significant roles in the growth of the organisation and have supported the team across its Brisbane and Melbourne locations.

Richard Pratt, Company Secretary of I-CAR Australia, said the promotions are recognition of the long-term commitments to the organisation by both staff members.

“Vanessa Harrison joined I-CAR in 2008, and Jason Trewin began as an instructor in 2007 before joining full time staff in 2015,” Pratt said. “Since the corporate restructure in 2019, Jason and Vanessa have worked tirelessly, leading the team to a new level of service and product delivery. The results achieved in such challenging times are exceptional.”

I-CAR said the board and executive management team believe the new business model and change in leadership will improve its service to the industry and maximise the organisation’s potential.

AppointmentsI-CAR AustraliaJason TrewinRichard PrattVanessa Harrison
Cookies are small files that are stored on your browser. We use cookies and similar technologies to ensure our website works properly, personalise your browsing experience and analyse how you use our website. For these reasons, we may share your site usage data with our analytics partners. If you do not consent to our use of cookies, please close this website now.OK