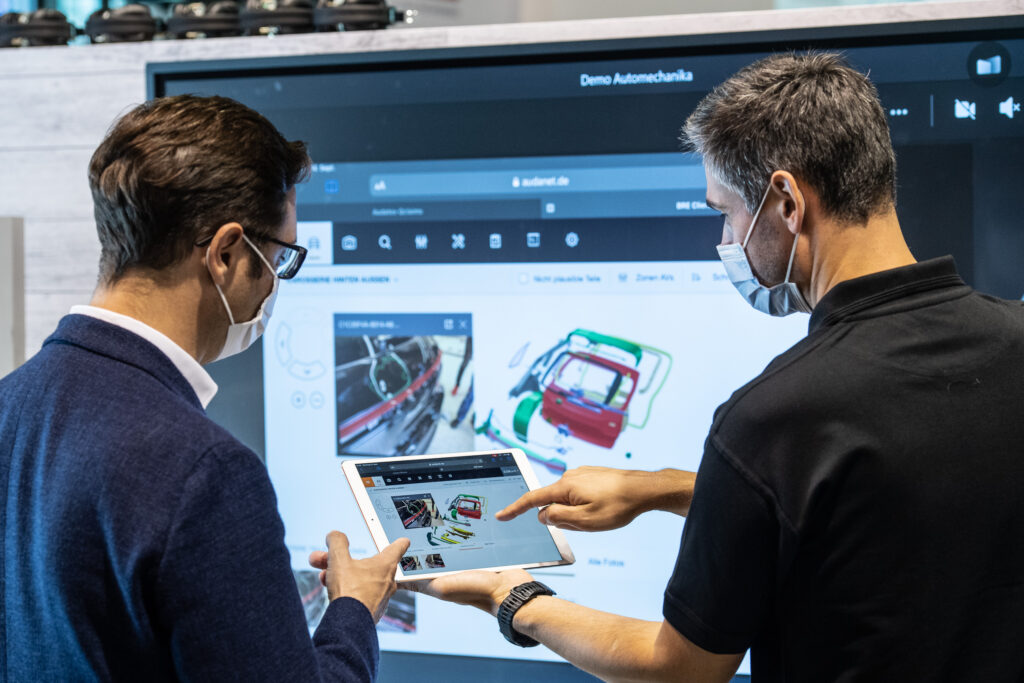 Following a forced one-and-a-half-year break, Messe Frankfurt welcomed exhibitors and trade visitors to two of its own events at its home venue in Frankfurt, Germany.

The company said 388 exhibitors took part in the Automechanika Frankfurt Digital Plus event in Frankfurt Messe’s Hall 3 and the Hypermotion Frankfurt conference and trade fair in the Forum. Approximately 10,000 visitors from 70 countries followed the three-day trade fair programme. Of these, 53 per cent were present in person, with the remainder participating online.

Two-thirds of the participants made use of the many new digital features, including live streams, intelligent matchmaking and one-to-one video calls. The platform played host to approximately 25,000 interactions, with streams viewed 21,000 times, while 1600 video calls were made.

“The trade fair engine has been started and the mobility and logistics industry got everything underway,” said Detlef Braun, Member of the Executive Board of Messe Frankfurt. “Finally, exhibitors and trade visitors had the opportunity to get together in person again and make new contacts – both on-site on the exhibition grounds and on the digital event platform with international industry players. Following a long dry spell, the familiar trade fair feeling was quickly established – only this time it was with masks and a requirement that people be vaccinated, tested or recovered. It is a good warm-up for Automechanika Frankfurt and Hypermotion next year.”

“The new concept allows us to not only reach trade fair visitors on location in Frankfurt, but also many other automotive entrepreneurs and their employees who take advantage of our programme online,” he said. “The presentations, workshops and panel discussions offered by the German Federation for Motor Trades and Repairs are available as live streams over the FabuCar platform, where they will continue to be available even after the trade fair has concluded.”

According to Messe Frankfurt, the concept of an in-person trade fair supplemented by digital participation was well-received by exhibitors and visitors.

“I am delighted that we are back at Automechanika – in person. It is our most important trade fair,” said Albrecht Kruse, Managing Director at SATA. “I think that the hybrid format of this year’s event has been a complete success, particularly for the international public that is unable to travel to Frankfurt, as it makes it possible for them to be a part of the action. Even so, I believe that meeting with customers in person is extremely important. The Automechanika team has really outdone itself in making this format a reality for Automechanika Frankfurt.”

Visitors and exhibitors will have the opportunity to view the recorded programme on the digital platform until 30 September 2021.

The next regular Automechanika Frankfurt is scheduled for 13 to 17 September 2022.

2021AutomechanikaAutomechanika FrankfurtBody & Paint World ChampionshipDetlef BraunFrankfurtGermany
Cookies are small files that are stored on your browser. We use cookies and similar technologies to ensure our website works properly, personalise your browsing experience and analyse how you use our website. For these reasons, we may share your site usage data with our analytics partners. If you do not consent to our use of cookies, please close this website now.OK