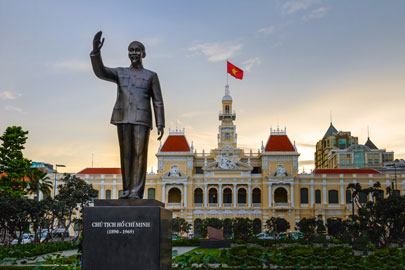 The second edition of Automechanika Ho Chi Minh City will open its doors once again from 25 – 27 April 2018, with an even more ambitious show planned following a successful first year. The three-day fair has now become Vietnam’s leading regional trade fair for the automotive service industry, which is complimenting the country’s position as a frontier for growth within the sector. Organised by Messe Frankfurt, Chan Chao International Co Ltd and Yorkers Exhibition Service Vietnam, Automechanika Ho Chi Minh City 2018 is expected to house 360 exhibitors and welcome 8,500 visitors at the Saigon Exhibition and Convention Center in Ho Chi Minh City, Vietnam.

Vietnam has experienced a noteworthy boost in economic development in recent years, mostly thanks to a growing population, increased personal income and a stronger demand for more advanced technologies. This boost has also naturally worked its way into the region’s auto industry, with more people now looking for higher quality living standards and having more disposable income compared to previous years.

What’s more, recent figures suggest that the country’s auto sales surpassed 300,000 for the first time last year, resulting in an impressive 24 per cent year-on-year increase. Forecasts expect this figure to grow further in 2017 and beyond, highlighting the sheer boom for the industry in the region.

As such, Vietnam has now become a new home for the Automechanika brand, and after an encouraging response from visitors and exhibitors at its 2017 debut, it’s become clear that there is a huge amount of potential for the fair’s future success within the ASEAN region and beyond.

During the course of the show, each of the comprehensive exhibiting categories have been tailored to suit every corner of the auto industry: