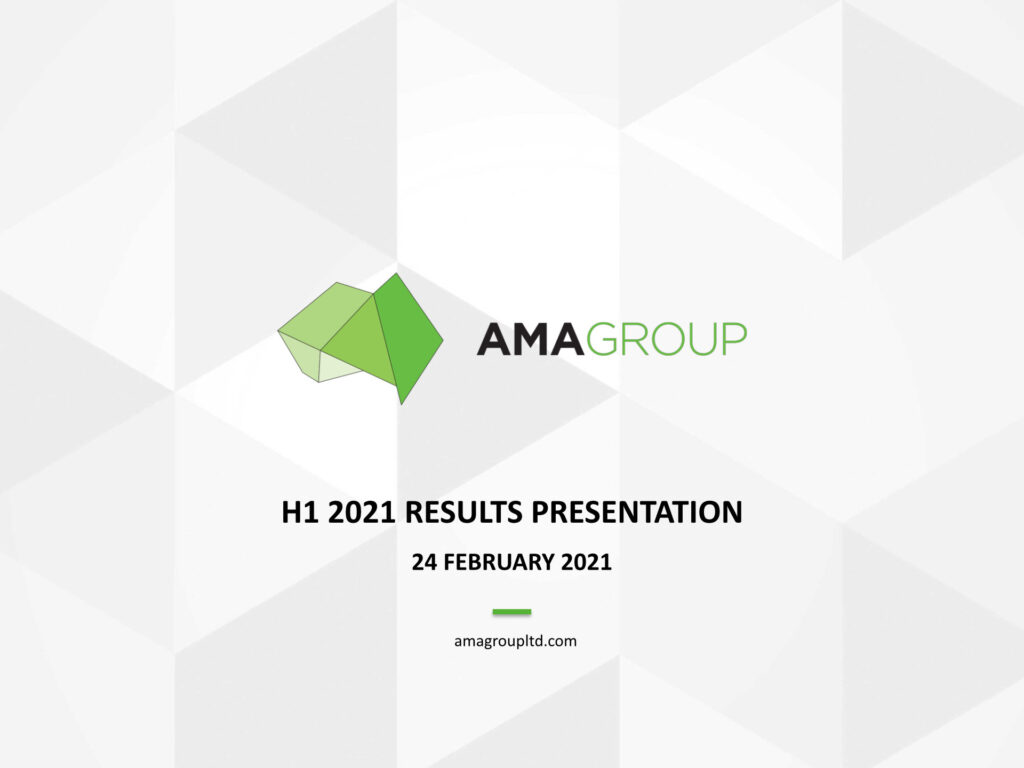 AMA Group has reported a net profit of $4.617 million for the half-year ending 31 December (H1 FY2021), a significant improvement from the loss of $12.272 million posted in H1 FY2020. Despite the result, the group says an interim dividend for the half-year has not been declared due to the continuing uncertainties of the COVID-19 pandemic on the group’s financial performance and capital structure.

According to AMA, vehicle repair volume declined by an average of 27 per cent due to COVID-19, with Victoria the most affected at 48 per cent as a result of longer and more severe government restrictions compared to other states and territories. New South Wales was next at 18 per cent, followed by New Zealand (17 per cent), Queensland (15 per cent) Western Australia (12 per cent), South Australia (eight per cent) and the Australian Capital Territory (seven per cent). AMA said it received $30.736 million from Australia’s JobKeeper and New Zealand’s Wage Subsidy schemes, which both incentivised companies not to let their employees go.

“Considering ongoing and intermittent lockdowns in key metropolitan areas, the first half of FY2021 delivered solid results in line with our expectation,” said Carl Bizon, CEO of the AMA Group.

Bizon said total group revenue of $434.2 million and normalised EBITDA of $46 million was helped by a full six months’ earnings from previous acquisitions, notably the Capital Smart and ACM Parts businesses. The only ‘normalisation’ for the period was a $9.437 million paint supplier termination fee, which was charged by PPG as a result of Capital Smart’s transition to BASF.

According to AMA, performance in the first quarter of FY2021 continued into the second quarter with all states fully operational. Post lockdown, AMA benefited from the public’s preference to use private transport and take domestic driving holidays rather than international travel.

The group also focused on realising the benefits of ACM Parts, acquiring Perth Brake Parts as a strategic investment to expand the geographic presence of the parts business.

AMA also said that in addition to the $1 million it is seeking to recover from former CEO Andrew Hopkins, the group has commenced recovery of an employee loan of $1.375 million subsequent to Hopkins’ resignation.

“As noted in the FY20 Annual Report, the employee loan dated back to FY16 and was acquired as part of the Gemini Accident Repair Centres acquisition. It was previously agreed to be extinguished against future short-term and long-term incentives but under the agreement, it is immediately due and payable in the event that Hopkins is no longer employed,” AMA said in a statement.

Hopkins has denied allegations of financial impropriety levelled at him by AMA.

The full report is available here.